What is drug addiction?

Drug addiction or drug dependence has no single definition. In general, it can be said that physical dependence, mental dependence or both on a chemical substance can cause this addiction.

Drug addiction occurs when a person’s illness is controlled, and he or she no longer needs to take medication but cannot stop taking it. In this case, the person seeks to take the drug unintentionally, or sometimes it’s an obsessive action. Even, if you do not take that drug, a negative emotional state and sometimes physical problems occur.

Lots of factors such as genetics, environmental conditions, and mental state can be effective in treating drug addiction. Spontaneous use of the drug without a doctor’s prescription may also cause this complication. In some cases, taking the drug is started with a doctor’s prescription, but after treatment, the patient continues to take the drug because of the pleasure that the drug has created in the person.

The most important effect that addictive substances have on the nervous system and brain is to disrupt the reward system or dopamine levels. In drug addiction, the brain secretes less dopamine and the patient is forced to take medication to get a sense of pleasure.

To examine the addiction of drugs, we must examine their compounds. For example, drugs and chemical foods, (such as synthetic cannabinoids K2, which are derived from marijuana and cannabis), can create addiction in a person over time by creating a sense of euphoria. Also, anti-anxiety and hypnotic drugs (such as barbiturates and benzodiazepines), can cause the person to overdose the drug by causing drowsiness and affecting the central nervous system.

Stimulants of amphetamine, methylphenidate, and Ritalin, which are prescribed to affect the nervous system to treat hyperactivity and attention deficit disorder, can create addiction if taken in excess.

Is NBS superfood a addictive medicine?

To answer the main question of this article about creating addiction by NBS superfood, we must first talk about the nature and role of NBS superfood in the body. Superfood is not a medicine and is a natural food supplement that does not contain any chemicals or additives. It also contains no preservatives and is processed from grains.

The results of superfood analysis in the laboratory show that this dietary supplement does not contain any drug compounds with the effect of weight loss or gain, increased libido, increased fertility, narcotics and psychedelics, hormonal compounds, or other compounds such as acetaminophen, alprazolam, diphenhydramine, etc.

NBS superfood, containing essential micronutrients, plays a key role in nutrition and people’s health and can counteract the negative effects of poor nutrition and disease on our body.

As mentioned, medications that cause addiction after a course of treatment affect the amount of dopamine secretion. In fact, these drugs reduce the secretion of this hormone and the patient needs to take the drug. But NBS superfood can regulate the secretion of dopamine hormone by providing the micronutrients needed by the nervous system.

This action of superfood on the nervous system, neutralizes the effects of the addictive substance on the brain. Some addictive substances interfere with the processing of nerve cells. This disorder is due to the similarity of the chemical structures of these drugs with neurons.

NBS Superfood, eliminates this disorder by regulating hormones the function of nerve neurons, and restores the brain’s chemical function back to normal. So, NBS is not only addictive but also can be a great help in quitting addiction.

Superfood by affecting the cytochrome enzyme system in the liver, can remove toxins from addictive substances due to its detoxifying effect on the body.

This NBS superfood function allows people who are addicted to drugs ,to quit easily without enduring much pain and hardship.

In this article, we examined the causes of drug addiction. We have talked about the types of drugs that can cause addiction even after treatment stopped. Then we introduced the NBS superfood dietary supplement. This natural supplement, regulates the secretion of the dopamine hormone in the brain. Thus, in addition to not being addictive, it can also neutralize the effects of addictive substances in the brain. 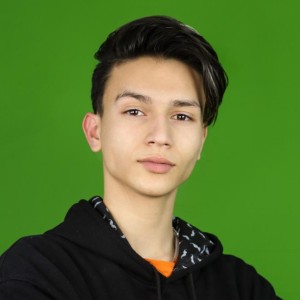